FAQ
Here is all you want to know industry news and company news，Latest product news , Information about AOK
What Are The Uses Of Thermal Grease?

The technologies are developing each and every day but whatever technologies made are not perfect as they are not completely fixed, all the machines are made in parts. Not every paste or grease can work with all the machines considering the conditions the machine or part will be working on. Such is the case with CPU and thus, thermal grease is used for the CPU to have a negative impact on cooling.

A heatsink is largely a part of the CPU and negative impact on cooling helps to combat the condition. Thermal paste is used to fill in the air gaps present in the CPU as this grease is itself not thermally conductive as metal. Also one must note that it should not be used too much and an adequate amount is enough otherwise the paste will work as an insulator rather than improving the thermal performance. 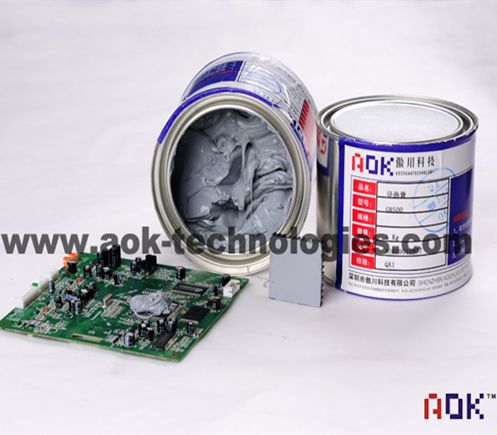 There are three kinds of CuO structures, namely, CuO microdisks, CuO nanoblocks, and CuO microspheres. These are synthesized by solution based synthetic methods. Different cupric oxide (CuO) structures with unique morphology possess superior physical and chemical properties due to the size effects. The morphologies and crystal structures of these CuO structures are characterized by field-emission scanning electron microscope and X-ray diffractometer. Used as thermal conductive fillers to prepare silicone-based thermal greases, thermal grease is giving rise to great enhancement in thermal conductivity.


< Previous one Back Next one >